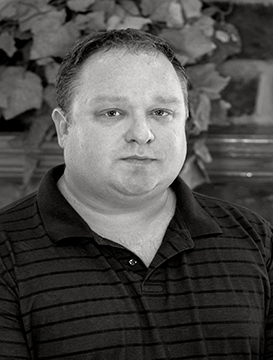 I moved into Loudoun County in 2003, and I have been a deputy sheriff here since 2005. In 2010, my middle child began having serious health issues. After many doctor visits and countless hours of online research, we took him to an allergist at Johns Hopkins. She confirmed that my 8-month-old son was allergic to the proteins that are prevalent in almost all foods.

This is a relatively new disorder, but, one that is estimated to affect 1 million to 1.6 million children nationwide. No one is sure what causes it, but the impact can be devastating, especially when it goes undiagnosed. Children afflicted with this disorder are undersized, immune compromised, and suffer from extreme bouts of vomiting and diarrhea about 2 hours after eating.

The only solution is to replace all food with a prescribed formula, which can cost upwards of $17,000 a year. And, it is not covered by insurance, as it is viewed as a “supplement.”

In 2015, my wife passed away unexpectedly from an undiagnosed heart condition, leaving me a single parent caring for three young children. A few months later, my youngest, my daughter, was also diagnosed with this debilitating disorder. I was now in the position of having to buy formula for 2 children.

No parent in Loudoun should have to worry about how to feed two sick children.

Fortunately, a local nonprofit organization saw a social media posting about my situation. They help families whose kids are dealing with nutritional issues. After reading about my kids, they immediately gave me 10 cases of formula and provided me with support. I don’t know how I would have made it through without their generosity.

Children typically outgrow this particular disorder by the age of 6. My son did just that. We are now slowly adding food back into my daughter’s diet one item at a time. Eventually, we will be able to wean her off the formula entirely. Both kids are thriving and enjoying life. I am very proud of their resilience. And, we believe there will be no long-term health issues for either.

Now, I work diligently for the organization that helped my kids survive this difficult time. I do it as a tribute to my wife. I want to be part of a movement to educate people about this whole class of allergies that can so limit a child during years that are critical for socialization and learning.  You, too, can help End the Need here in Loudoun, whether by donating your time or your money. Or, just by spreading the word. Every effort is a gift and, together, we can do a lot to save a child’s life.